With their equipment and machinery, proofs, prints and editions can be made. Following in Joan Miró’s footsteps, the aim is to promote the use of traditional techniques and other innovative ones.

The Joan Miró’s printmaking workshops are the artistic legacy to young creators. They are located at Son Boter, an 18th century Mallorcan country house and one of the three buildings that comprise the Fundació Miró Mallorca. Son Boter stands close by the family home and the studio built by Josep Lluís Sert, initially used as a painting and sculpture studio. In the late sixties, the artist refurbished some new outbuildings at Son Boter, setting up a lithographic workshop and another engraving workshop for his own personal use.

Most of Miró’s 1970s prints were made in these workshops, including series like Suite Gaudí and Els gossos, together with artist’s books as fascinating as Lapidari, and lithographs for the exhibition at the Llotja in Palma or for the Obra Cultural Balear. These projects were brought to fruition thanks to the collaboration of specialists in engraving, like Joan Barbarà, and the lithographer, Damià Caus. 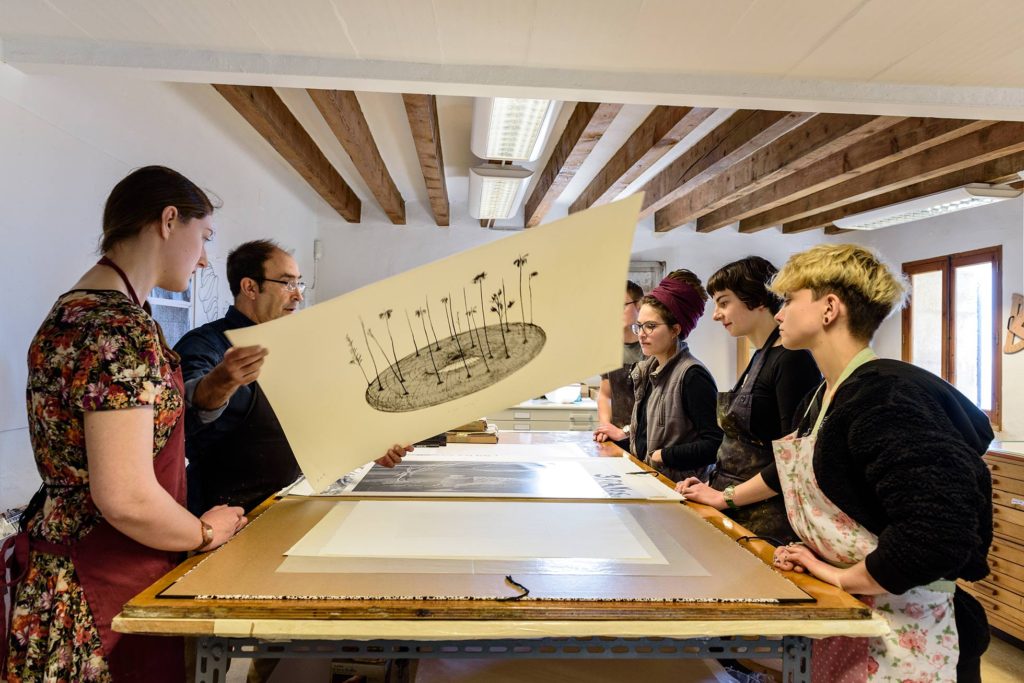 What do they offer? 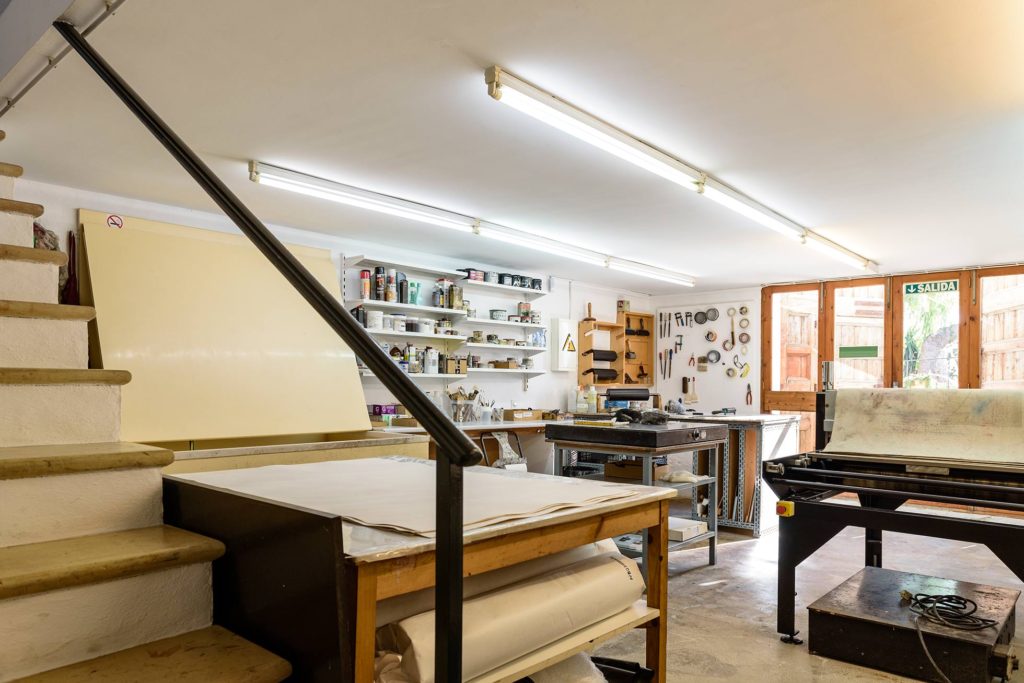 At an institutional level, courses, workshops and conferences have been held in collaboration with different centres both in Spain and abroad, such as Arteleku, the Havana Centro Experimental de Gráfica, Edinburgh Printmakers’ Workshop, Molí Paperer de Capellades, Barcelona University Faculty of Fine Arts, Frans Massereel Centre in Belgium, Slade School of Fine Arts in London, Casa Velázquez in Madrid, or Ljubljana Biennial of Graphic Arts. Similarly information exchanges and posts as artists in residence have been fostered. 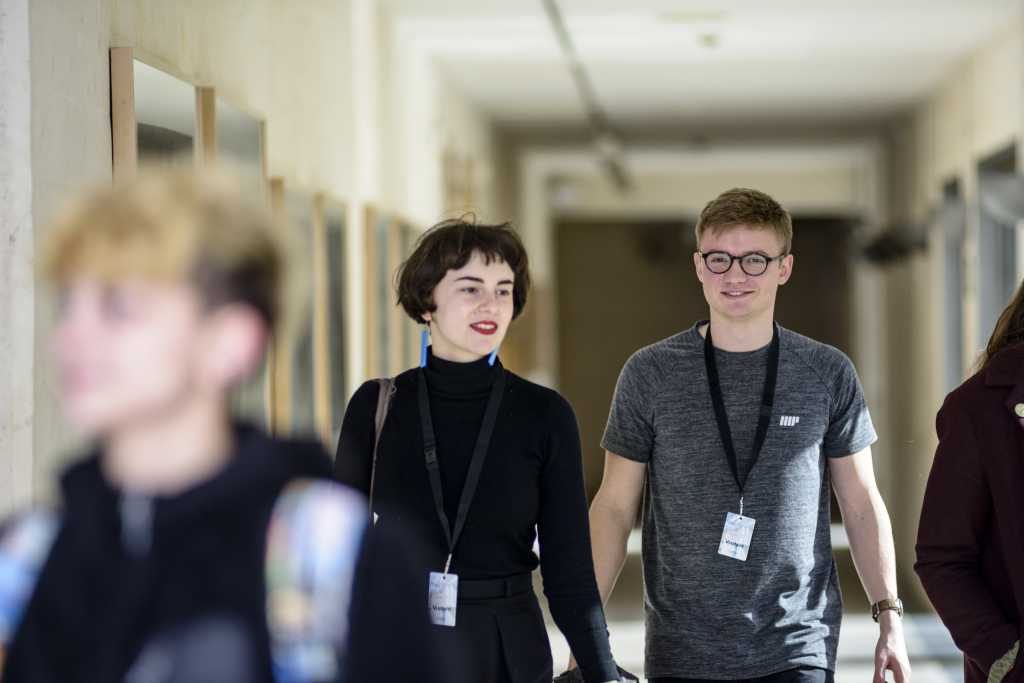 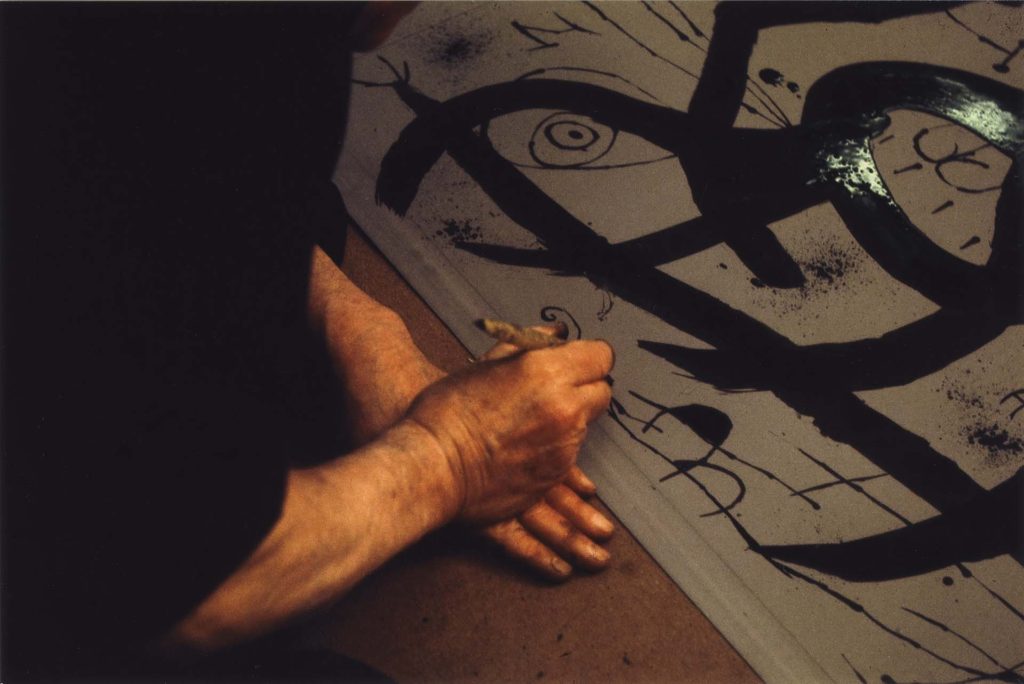 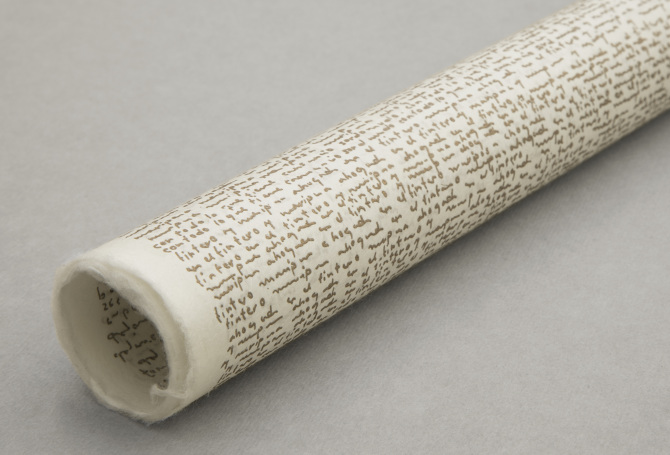