The Trio Melómano, formed by Pedro Bonet (cello) and Jorge Julio González (saxophone) –laureates with the 1r and 2n prize at the last edition of the prestigious National Prize of Interpretation Intercentres Melómano– and the accredited pianist Joan Ramon Company– will offer a concert at the Espai Estrella of the Foundation Miró Mallorca. It Will take place next Friday, 5th of April, at 7 p.m.

The contest -National Prize of Interpretation Intercentres Melómano- it celebrates annually among the students of the different high musical education centers of the country. On its 17th edition, each centre realises a first selection among his students. The selected ones pass to a second test at regional level and then to a last step to a national level  of the contest. The winner of this edition were:

For this special concert, Pedro Bonet and Jorge Julio González, will be accompanied at the piano by the valencian musician Joan R. Partner. Teacher of the Superior Conservatory of the Balearic Islands and of Sant’s Conservatory Cugat 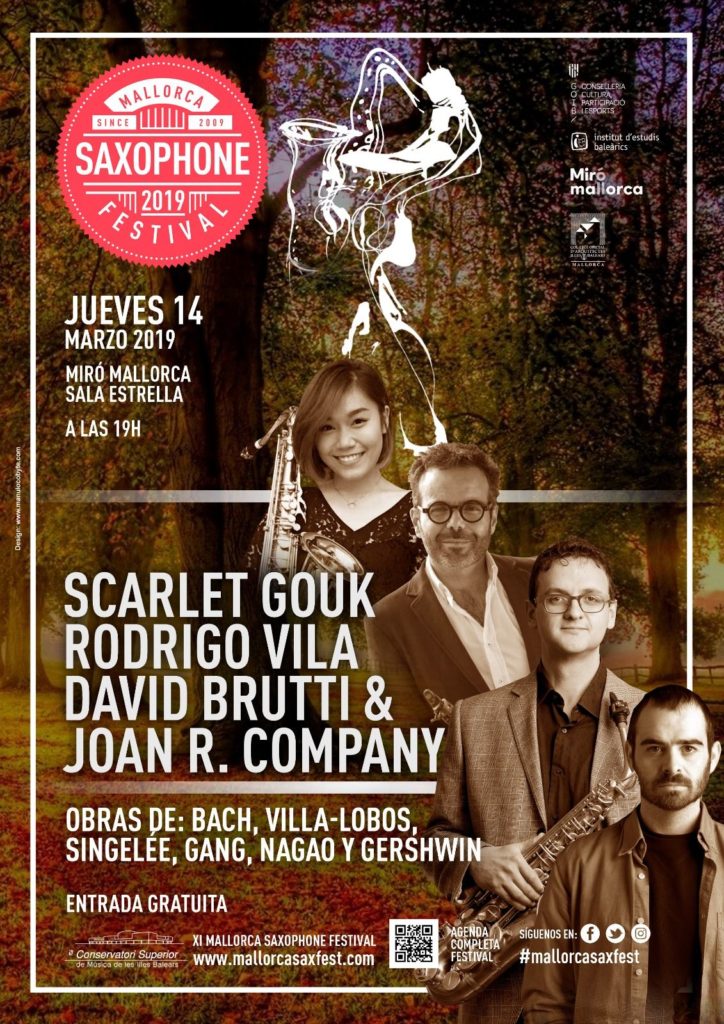