Nomadic artist, fascinated by the self-portrait, which has restarted hundreds of times, Sylvain Konyali always returns to the reflection of his face, scratched, eaten by acid, erased, eaten again, scratched once more … Surely in this obsessive process is the memory of Rembrandt, who, throughout his life, recorded his face, multiplying its different states, its regrets, its variants; definitely, dragged by the fascination that caused him to see his features altered by the passage of time.

Evidently, Sylvain Konyali is too young to be already thinking of the trace of time. But the art of engraving allows to preserve, thanks to the printing of different states, an image of the work in progress; this time, always unfinished. Often considered art of slowness, engraving can also be scratch, bitten and serve as a kind of intimate graphic diary that accounts for the relationships with people nearby or with the landscapes traveled.  Sylvain Konyali is moving through Europe – Belgium, the Massif Central, Marseille, Madrid, the Balearic Islands – in its truck that becomes a folding engraving makeshift workshop. 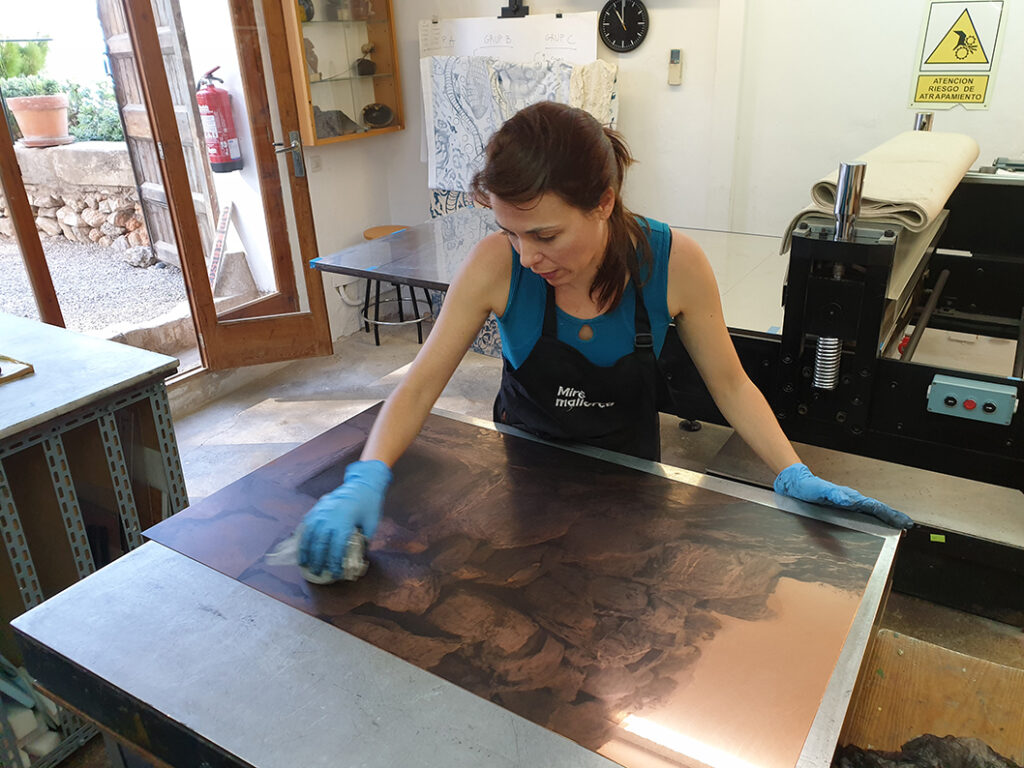