Fundació Miró Mallorca gives a total of 32.000€ to awarded with Pilar Juncosa and Sotheby's 2017

Fundació Miró Mallorca has once again convened the Pilar Juncosa & Sotheby’s Awards and Scholarships, a promotion of plastic arts and educational and research projects, which has 7 different categories:

In total, a grant of € 32,000 from the fund that the founder and patron Pilar Juncosa arrived at Fundació Miró Mallorca in 1986, which has allowed the creation of numerous artistic, research and educational projects throughout history of the institution.

The purpose of the Pilar Juncosa Scholarships, following the founding principles, is to promote and disseminate contemporary creative values, as well as to foster research, through work on the life and work of Joan Miró, and different educational programs that bring together the ” Contemporary art in society. This year, especially for the 25th anniversary of the Foundation, which opened the doors of the museum in 1992, it was an artistic and cultural point of reference in the city of Palma.

In this call, Fundació Miró Mallorca wants to promote the artistic projects linked to the Workshops of Graphic Arts of Joan Miró, located in the house of Son Boter, from the 18th century, appropriate by the same artist to take advantage of the use of these spaces as Artistic workshops and, at the moment, constitute one of the distinguishing features of the institution.

The objective is to offer interventions by relevant artists, keeping track of the connection of Joan Miró with the broad spectrum of contemporary artistic sensibilities. Thus, the Pilar Juncosa and Sotheby’s Award has awarded the production of an artistic project related to serial work and / or multiple art in all its possible manifestations (sculpture, ceramics, video, photography, graphic works, etc.). ) that will be developed, in whole or in part, in the Workshops of Graphic Arts of Joan Miró.

This prize is endowed with € 20,000, distributed as follows: € 6,000 as an acknowledgment for the artist and, for the rest, for the production and exhibition of the project.

The jury of this convocation has been formed by:

This year, two cultural managers Tina Codina and Maria Pau Ruiz de Tres Cultura have been awarded for their project Let’s talk about … what do we mean when we talk about art and education?

Maria Aparicio Munar’s project, Francesca Maria Bayona and Alexis Belmonte: Beyond the work: a didactic proposal on the art market through the Miró Mallorca Fundació.

A grant of € 32,000 from the fund funded by the founder and patron Pilar Juncosa in 1986, which has allowed the creation of numerous artistic, research and educational projects throughout the history of the institution

The history of the Scholarships

The Pilar Juncosa Scholarships and the biennial Prize Pilar Juncosa and Sotheby’s were convened for the first time in 1993, giving birth to the centenary of the birth of Joan Miró.

They originate from the funds obtained at the auction that took place in December 1986. The widow of Miró, Pilar Juncosa, offered 42 works to “create the necessary infrastructure to meet the objectives indicated by her man in the writing of the constitution of the Foundation, as well as verbally on different occasions: create a dynamic center of cultural irradiation that closes the triangle formed with the other two foundations of Barcelona and Saint-Paul-de-Vence. “

Thus, the collection was destined by the Miró family to the financing of the headquarters of Fundació Miró Mallorca, and also to create a scholarship fund. The auction company Sotheby’s yielded its profit margin so that, once the activities of the Foundation were launched, scholarships for new artists of plastic arts would be awarded. 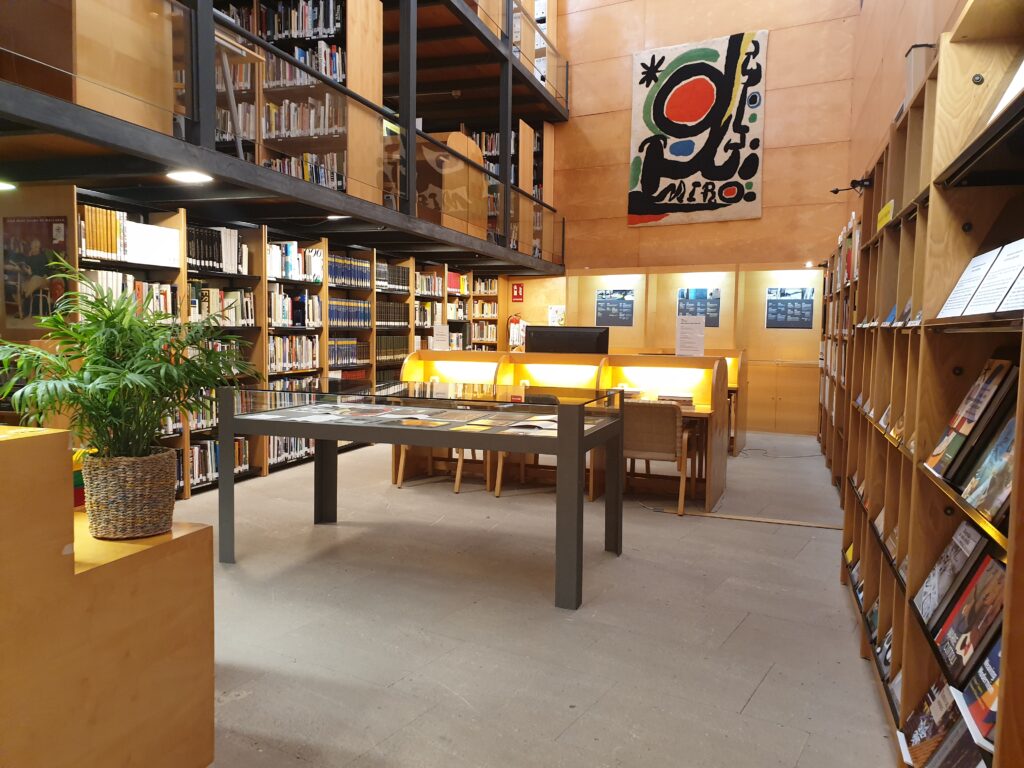