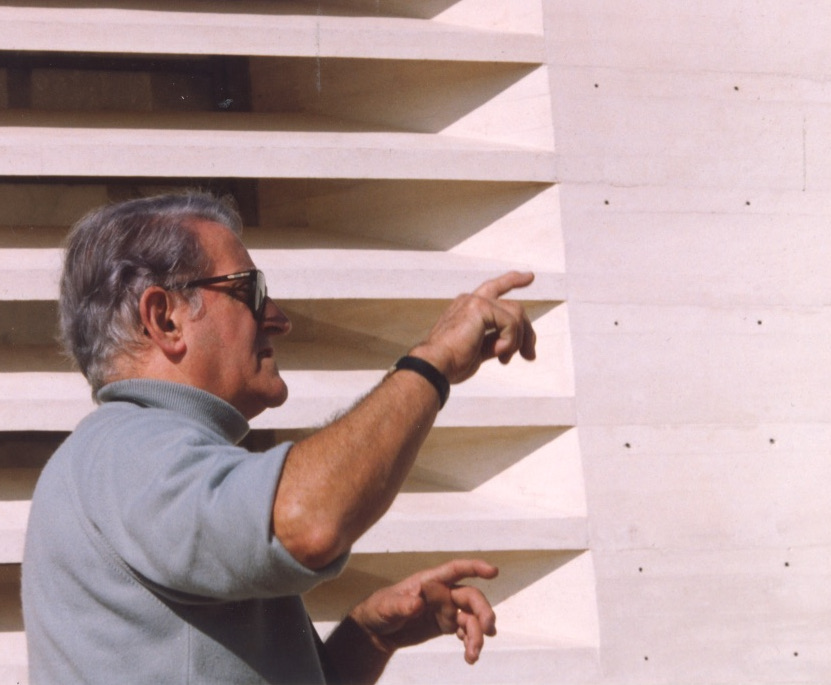 Today we celebrate 100 years of the birth of Lluís Juncosa, Pilar’s brother and Joan Miró’s brother-in-law, confidant and personal doctor. Lluís played a leading role in the establishment of the Foundation.

To his generosity we owe one of the main works in our collection, an untitled landscape dated 1908, Miró’s earliest surviving oil. The painting was discovered on the back of a canvas from 1960, hidden behind several sheets of newspaper that were glued to the support. After its donation in 1995, a restoration process brought the new landscape into view. The work is currently on view at the entrance of the exhibition Miró, a wild spirit, illustrating Miró’s roots and his ties to the land.

Lluís would turn 100 today, and it has been four years since he left us, but his charm, enthusiasm and sense of humour are well remembered by all, and his memory lives on in the Foundation that he helped make come true.

In January on 1971, Joan Miró gave four letters to tow close friends and to two brothers-in-law, the latter being my brother Angel and I. Below the name of the addressee, he had written on the envelope: “To be opened after my death”.
It was, then, quite clear that he thought he might die ant any moment; he was 79 years old. Although his recent check-up and cardiovascular examination in Paris had not given him any cause of alarm, he told me that he was very concerned with what would happen to his creative “world” in Son Abrines and in Son boter after his death. He had already spoken with Josep Lluis Sert, who had advised him to create a Foundation, and he wanted me to help conceive and design it.
The initial nucleus was very small: Sert, the family lawyer (Andreu Rullan), an architect (Antoni Juncosa) to help Sert make de drawings of what would be the Foundation’s premises, and my brother Angel and I. We would meet in the afternoons in the café of the hotel where Sert was staying in Palma.

Miró gave him instructions; he wanted this Foundation to avoid any sort of museum typology, for it to be a “living” thing, open to everyone, and above all to young artists and specialists interested in studying his work. For this it is stated in the endowment deed that all of the installations are to be open to the public. It is surely the same reason that made him want the Foundation to be public and municipal, so that its true recipient would the people. The Statutes also made provisions for the Foundation to promote the installations necessary for the carrying out of the various artistic activities of a Centre of the Study od Contemporary Art, which with great hopes he had earlier created in the Miró Foundation of Barcelona ( the C.E.A.C.)

I was his doctor until the day of his death. Living so close to him for so many years means that my love is more for him as a person than as an artist. As a result my opinion can hardly be objective, but the learned experts declare that Miró is the 20th century painter who has opened the most new roads for other artists. I am sure that our Foundation in Mallorca will be a center of exchange, and the “crossing” from where many of those mysterious pathways set out.