The exhibition presents a series of 5 large-scale copper and clay sculptural pieces, a set of 25 photographs and 15 videos, as well as a series of interventions in the different spaces of the Foundation.

There have been many ways in which humans have sought for an understanding of the universe and concede meaning to it. Over the centuries, the desire of finding a «center» –a grip to confront the chaotic surrounding immensity– has devised the conception of rituals and symbolic recreations. Drawn on the ceilings of caves, carved on stone stelae or engraved on clay tablets, these creations reveal the desire by women and men of past times to understand and situate themselves, so as to create a fixed point and to leave an imprint of themselves.

In A Fixed Point to be Oriented, visual artists Inma Herrera (Madrid, 1986) and Shirin Salehi (Tehran, 1982) explore this notion of «center» working with rituals, matter, and the body. By poetically deconstructing the languages of engraving and sculpture, they propose the revival of craftsmanship, rethinking the concepts of touch and physicality as a form of active resistance in a context in which manual labour has been stifled by virtuality.

Repetition as an intrinsic part of engraving and sculpture leads to the ritualization of processes, generating a unique ensemble of spaces and time to be symbolically recognized. Stemming from a research into Joan Miró’s creative process at Son Boter, Herrera and Salehi work with copper and clay, entangled with their bodies as makers, by means of gestural and ritualized actions. Through audio-visual recordings, while conceiving the studio as a scenario, the artists investigate the possible dialectics on the act of making through mutual understanding. The works in this exhibition explore the matter with no embellishments, no additions: bare, autonomous, active, unpredictable, a body in itself.

This exhibition is presented in the different exhibition galleries of the Miró Mallorca Foundation- Espacio Cúbico, Espacio Zero and Son Boter-, includes a selection of sculptures, videos and photographs of the common work of Herrera and Salehi after having received the Pilar Juncosa & Sotheby’s Biennal Award for Artistic Creation 2019. 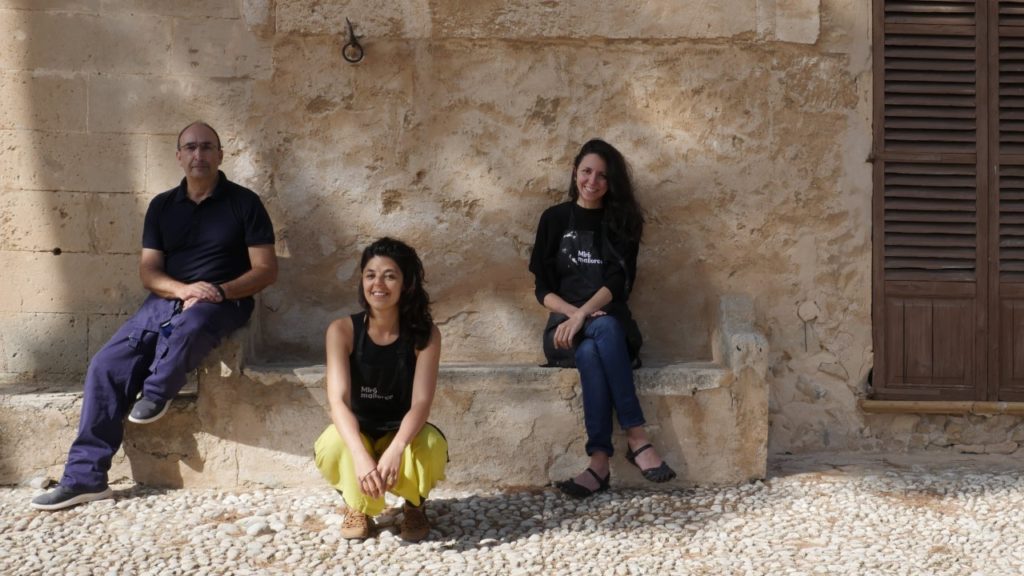 These videos show part of the creation process that the artists Inma Herrera and Shirin Salehi have carried out for months in Son Boter, one of the two studios where Joan Miró himself worked for decades in Mallorca.